The A10 - Tauernautobahn is an important internal Austrian north-south transversal between the cities of Salzburg and Villach, with a significant role in the European transport network. The A10, same as E55, is a part of a north-south transit axis across the Alps, eo ipso an important transit route from northern Europe to the southeastern regions.

Tunnel St. Andra (UFT underground route 470m long) is located on the A10 - Tauern motorway near the centre of Villach, built during the construction of the Osvaldiberg tunnel and completed in 1988.

The lighting system's evaluation in 2019 showed that a large number of the entrance (EFB) and transient (DFB) luminaires had serious electrical and mechanical defects. The suspensions and closures of the luminaire housing were severely corroded, the terminal strips were partially peeled and were cracking during opening and closing. 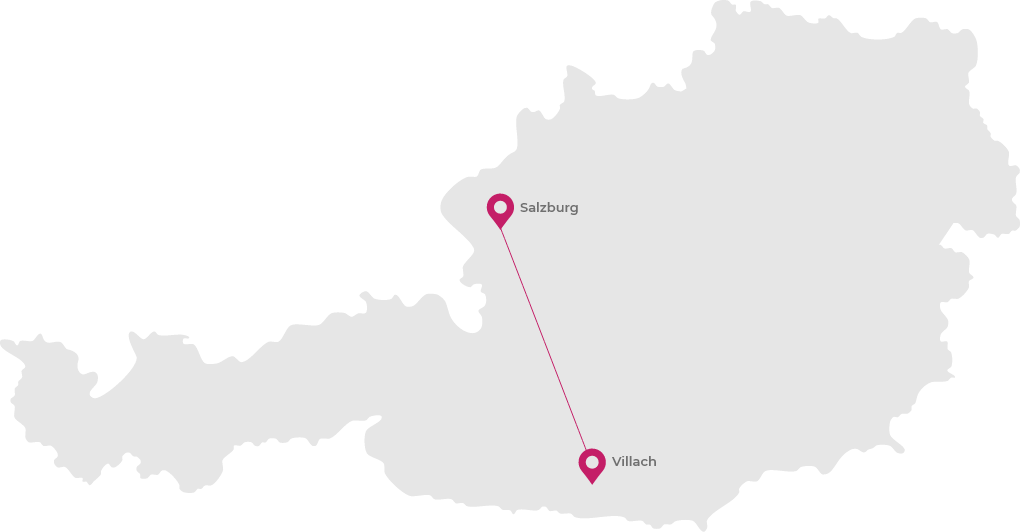 The challenge, regarding lighting solution itself, was the distance between the luminaires that was not to be changed due to the ceiling construction with accentuated beams.

All 280 existing luminaires, arranged in two entrance zones of the tunnel, were replaced by the same number of LED VISION tunnel luminaires in three power levels – VISION 8, VISION 4 and VISION 3

Following the requirements, all the initial positions of the luminaires were successfully retained as a result of a good choice of combined asymmetric optics. All the specifics of the requirements for tunnel lighting considered led to the achievement of an excellent, uniform lighting without any flicker. 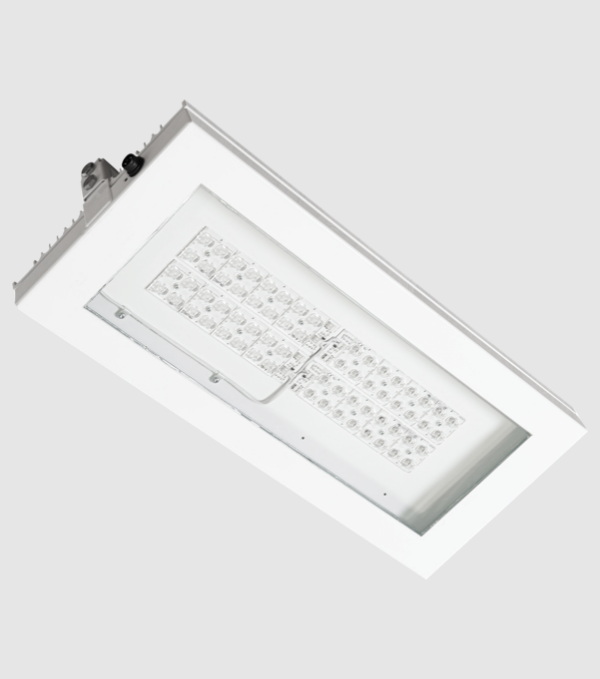 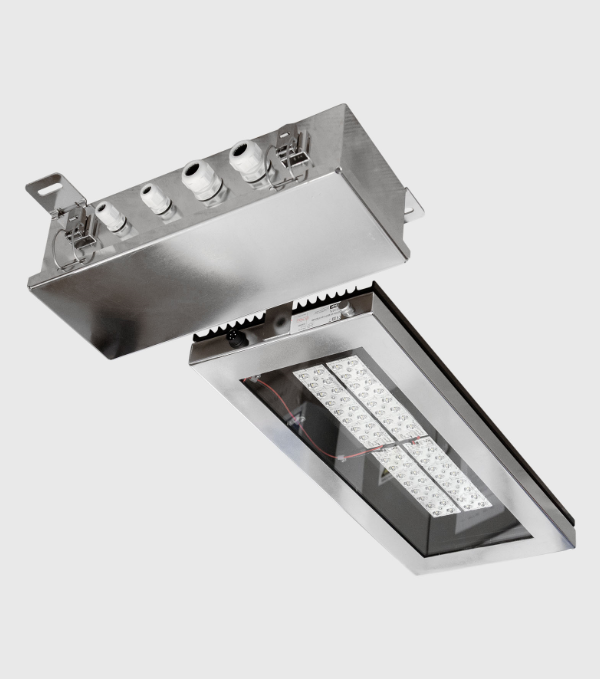 The required light intensity levels have been achieved by incorporating a separate dimming signal at 50% of power for each of the luminaires.

According to the precise photometric measurements, it was concluded that the average luminance of the road surface, at the first part of the threshold zone, Lfe od 204cd/m², the overall uniformity of lighting Uo =0.65 and longitudinal uniformity Ul = 0.65, have thus fully fulfilled the requirements of the Austrian standard for tunnel lighting – RVS 09.02.41. Tunnelausrüstung Lichttechnik Beleuchtung, (luminance of the road surface Lfe min 200 cd/m², overall uniformity of lighting Uo min 0.40 and longitudinal uniformity Ul min 0.6.).

As prescribed in the standard, the tunnel wall is illuminated at a 2m height above the elevated evacuation route with Lav = 158cd/m² (at least 50% of the road surface luminance in accordance with the previously mentioned standard) with the achieved longitudinal uniformity Ul = 0.68 (required min 0.4) at the height of 1,0m above the trail. 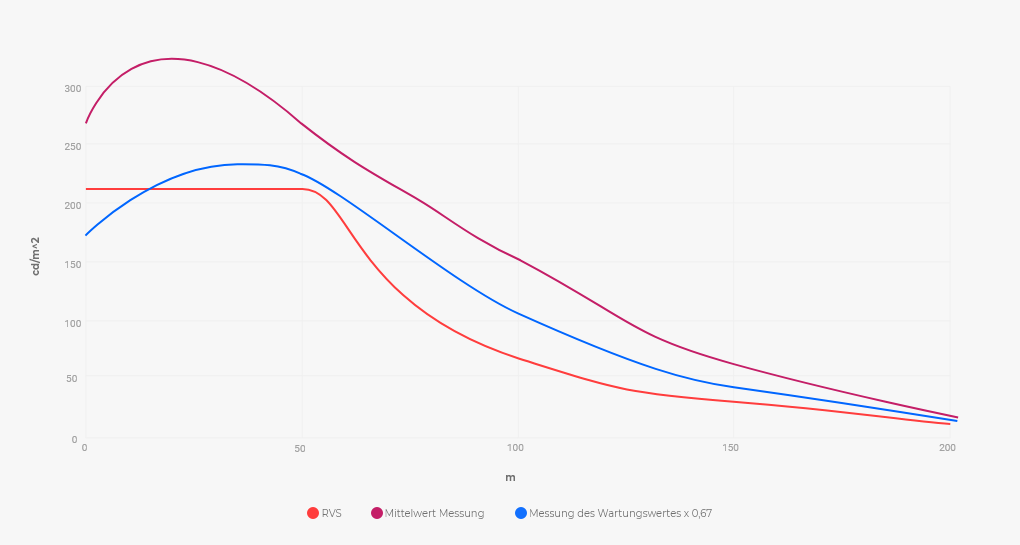 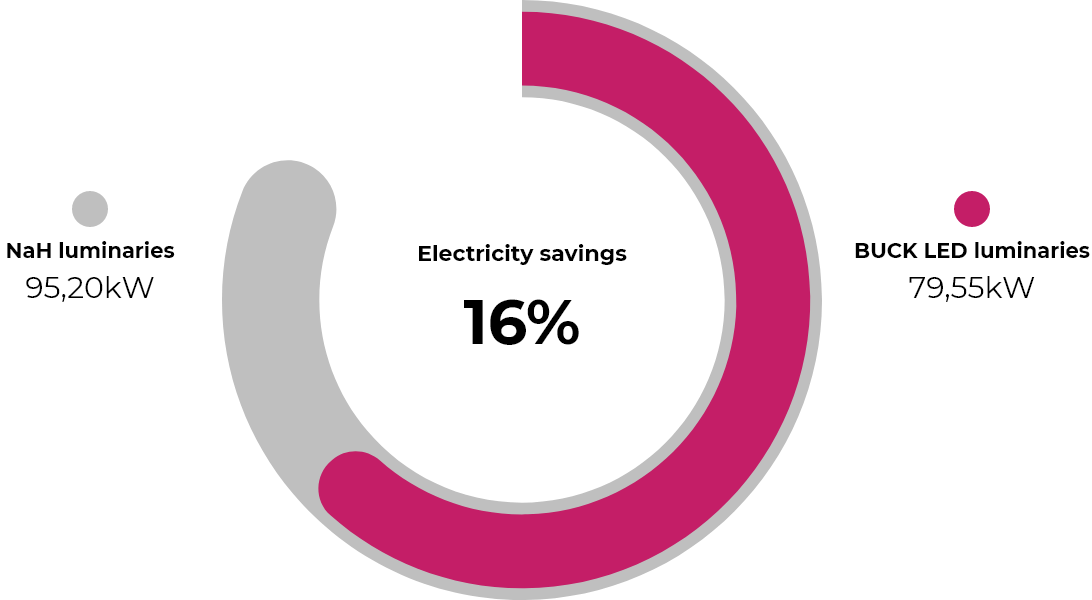 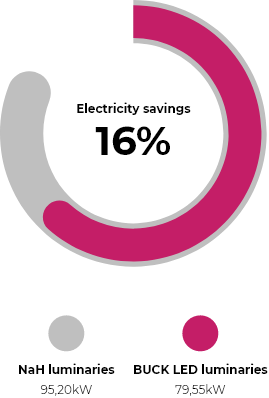 VISION luminaires, are part of the BUCK smart lighting system for tunnels and subways . A wide selection of light distributions provides an optimal solution for different types and zones of tunnels. The required intensities and uniformities of lighting are provided while achieving high energy efficiency. 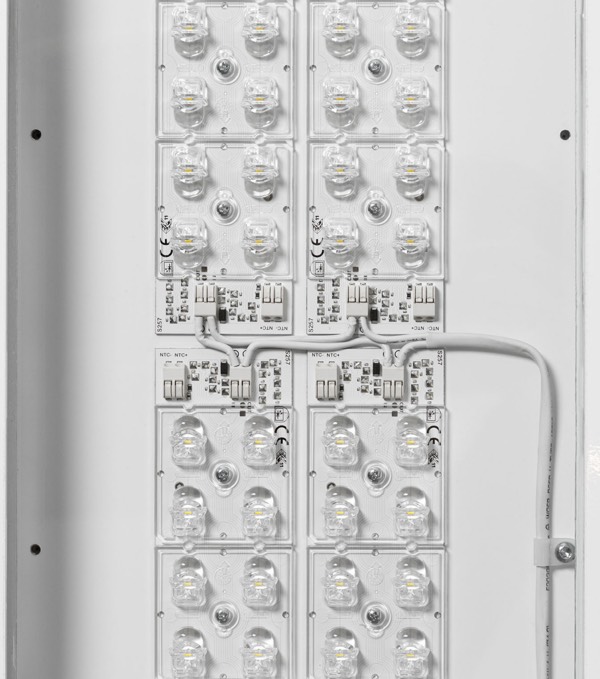 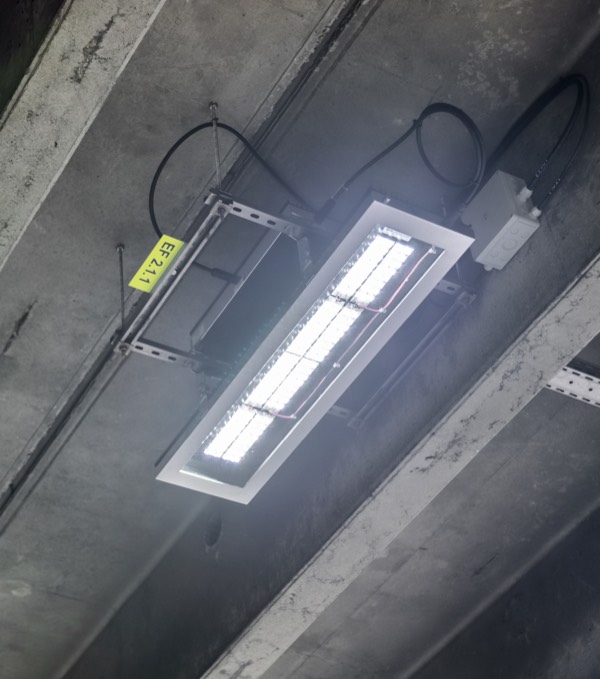 Applicable in demanding and aggressive environments, thanks to the advanced technologies of corrosion, impact and overheat protection. They are characterized by a long service life, energy efficiency and reliability with low operating costs.

Realized advantages on the project

With the realization of the new entrance lighting of the St Andra tunnel, the old generation of light sources that were mechanically and electronically unreliable have been replaced with VECTOR LED luminaire of a new generation with exceptional reliability and durability. The replacement of the luminaires was done in a ratio of 1 to 1, without additional work on the installations, while meeting all lighting and mechanical requirements and achieving savings in electricity consumption of 16%.The quality of the user experience in the usage of tunnels has been significantly improved, which is one of the most important goals from the aspect of traffic safety.

Benefits for the investor

Maintenance time and work minimized. After such a successful project, BUCK continues to work with  ASFINAG and STRABAG to renovate the tunnel in Austria, the case study of which is coming soon.

Cookies allow page content to be adapted according to the needs of users, thus providing improved functionality and an improved user experience. Cookies can also be used to analyze the use of websites, as well as for advertising purposes. By clicking on "I accept" you agree to the use of cookies. You can change your cookies settings at any time.